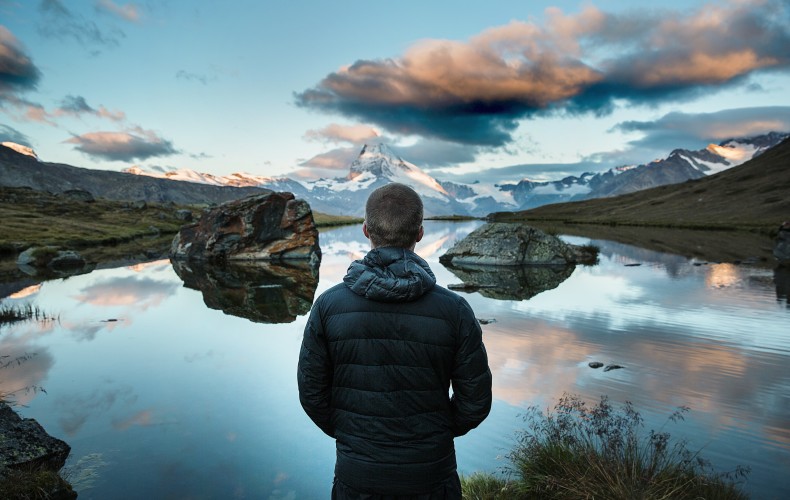 Why Do People Become Addicted?

“Every habit he’s ever had is still there in his body, lying dormant like flowers in the desert. Given the right conditions, all his old addictions would burst into full and luxuriant bloom.” Margaret Atwood

When discussing an addiction or dependency, most standard beliefs center around the continued repeatability of use of a substance and/or behavior, in which the user loses site of the ramifications of his/her actions. The user can become so attached to substances or an action (pornography, gambling) that the instant gratification of the moment far overrides the consequences.

It is like having a little voice on your shoulder telling you everything will be fine–go ahead–just one more. Someone who is fighting an addiction or dependency is fighting both urges from the outside world and a battle with voices inside of themselves.

Negative Reinforcement: I am Worthless Because You Say I Am

To someone overwhelmed in the moment, long-term recovery seems as difficult and tedious as climbing a mountain. On the other hand, their addictive behaviors can be instantly satisfying.

All of the judgment and opinions from friends and loved ones in fact become reinforcement to continue. To a certain extent, it is socially acceptable to use alcohol, gamble, or shop when emotionally stressed, as long as you don’t cross certain social norms. When a user does violate those norms, the reaction of others reinforces the feelings of weakness, worthlessness, and being out of control. So, he thinks, I might as well keep using.

As Robin Williams once stated in Weapons of Self-Destruction: “As an alcoholic, you will violate your standards quicker than you can lower them.”

When talking about any kind of addiction, it is important to recognize that its cause is not simply a search for pleasure, and that addiction has nothing to do with one’s morality or strength of character. Experts debate whether addiction is a “disease” or a true mental illness, whether drug dependence and addiction mean the same thing, and many other aspects of addiction.

Pleasure Principle: This is Your Brain on Drugs

The brain registers all pleasures in the same way, whether they originate with a psychoactive drug, a monetary reward, a sexual encounter, or a satisfying meal. In the brain, pleasure has a distinct signature: the release of the neurotransmitter dopamine in the nucleus accumbens, a cluster of nerve cells lying underneath the cerebral cortex. Dopamine release in the nucleus accumbens is so consistently tied with pleasure that neuroscientists refer to the region as the brain’s pleasure center.

All drugs of abuse, from nicotine to heroin, cause a particularly powerful surge of dopamine in the nucleus accumbens. The likelihood that the use of a drug or participation in a rewarding activity will lead to addiction is directly linked to the speed with which it promotes dopamine release, the intensity of that release, and the reliability of that release.

Even taking the same drug through different methods of administration can influence how likely it is to lead to addiction. Smoking a drug or injecting it intravenously, as opposed to swallowing it as a pill, for example, generally produces a faster, stronger dopamine signal and is more likely to lead to drug misuse.

Is it a wonder that a depressed individual would seek out this pleasure—any form of relief from the darkness that surrounds their soul?

Based on the criteria by the American Psychiatric Association (DSM-IV) and World Health Organization (ICD-10) an addiction must meet at least three of the following criteria:

Many people with addiction issues who I have spoken to shared how they had a high tolerance, and could drink more than peers when in their early stages of drinking. At the time, one who could chug the beer and down the shots and still be able to stand was regarded in high esteem. Many clients have told me, though, as life went on, having a high tolerance for booze became a curse as it became a thirst that could not be quenched.

Symptoms of addiction include tolerance (development of resistance to the effects of alcohol or other drugs over time) and withdrawal, a painful or unpleasant physical response when the substance is withheld.

Many people who are addicted deny it. They often emphasize that they enjoy drinking or taking other drugs.

People recovering from addiction can experience a lack of control and return to their substance use at some point in their recovery process. This faltering, common among people with most chronic disorders, is called relapse. To ordinary people, relapse is one of the most perplexing aspects of addiction. Millions of Americans who want to stop using addictive substances suffer tremendously, and relapses can be quite discouraging.

To appreciate the grips of addiction, imagine a person that “wants to stop doing something and they cannot, despite catastrophic consequences,” says Dr. Nora Volkow, director of the National Institute on Drug Abuse. “We’re not speaking of little consequences. These are catastrophic. And yet they cannot control their behavior.”

Many in the addiction recovery field suggest that it takes more than just “not using” to fully recover. Recovery needs to come from the heart and the way one perceives him- or herself.

The following are important points your clients in recovery should know:

“I am spinning the silk threads of my story, weaving the fabric of my world…I spun out of control. Eating was hard. Breathing was hard. Living was hardest. I wanted to swallow the bitter seeds of forgetfulness…Somehow, I dragged myself out of the dark and asked for help. I spin and weave and knit my words and visions until a life starts to take shape. There is no magic cure, no making it all go away forever. There are only small steps upward; an easier day, an unexpected laugh, a mirror that doesn’t matter anymore. I am thawing.” Laurie Halse Anderson, Wintergirls 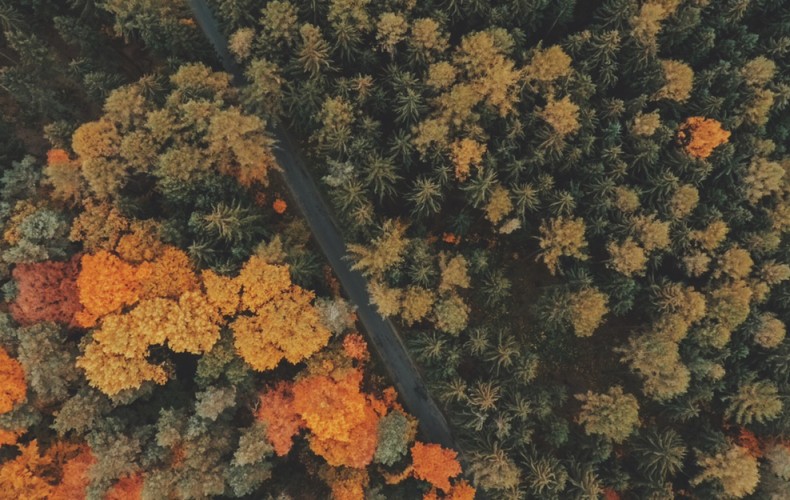 “No” is a complete sentence.”
Anne Lamott

When I was working at an in-patient recovery center as a therapist, we would discuss boundaries in group. Many of the men in my group were between the ages of 18-30 and had issues relative to their addictive behaviors such as dual diagnoses like depression and/or anxiety.

Many in the groups I chaired shared how they felt like failures and that they were behind in what society deemed appropriate behaviors such as: doing a good job; supporting a family; and having a house with a white picket fence.

They deemed themselves failures which precipitated relapses once they went back to old environment.

The men shared they had kept going to AA meetings and kept vigilant about triggers, cues for potential relapse but put themselves again and again in compromising positions not understanding the concept of proper boundaries for their sobriety.

Why are Boundaries Important?

Setting boundaries enhances a person’s ability to have a sense of self and to control the impact of reality on the self and others.

Our boundaries allow us to take in what is deemed necessary emotionally, but if the created boundaries  are negative, our perception of ourselves will be enhanced in a negative light.

Individuals experience self-esteem by directing to the self their perception of appearance, their thoughts and responses and what they should or should not do with their lives. Boundaries act as filters to the soul, what we perceive that we are, we become.

How do Boundaries Work?

We learn to set boundaries on two levels:

External boundaries are violated by actions such as:

Examples of internal boundaries being violated include yelling, screaming, name calling, ridiculing, lying, patronizing, sarcasm, negative control, unrealistic expectations and demanding one’s own way or point of view as the only choice.

In the end, the ability to set boundaries may take several forms: The person who, because of low self-esteem, childhood training or painful experiences of the past, is unable to unwilling set limits and thus has no protection.

It may be easier to find a list of don’ts in dealing with chemical dependency boundaries creation, for it is easier to understand why you fail than to know how to succeed. The following list is not inclusive but it makes a good beginning:

Why Are Good Boundaries Important?

When you have weak boundaries, you compromise who you are. You lose yourself, your freedom, your control and your “territory.”

Because you are the only thing in which you have complete control, healthy boundaries are an essential part of proper self-maintenance.

You may ask, especially if the addict or alcoholic in your life is your child, how can I be a good partner, friend or relative to this person if I have such limits? IYou may feel like it’s putting a wall up and feel guilty or as if you are betraying this person in his/her hour of need.

Yes, it is excruciating to see someone you love struggle with addiction, but, like they say on the airplane, you need to put your oxygen mask on first before helping others. Good boundaries are critical. You’ll find that you are actually of little or no help to others without them.

As we learned in group, a basic coping skill in interpersonal relationships is the ability to set and maintain boundaries for our interaction with others and with the world as we experience it.

Many allow themselves to be imposed upon and even mistreated because of poor self-image, fear of conflict and uncertainty about their right to exercise control over their lives. Boundaries can be walls of protection or they can become barriers to fulfillment.

“There was a wall. It did not look important. It was built of uncut rocks roughly mortared. An adult could look right over it and even a child could climb it. Where it crossed the roadway, instead of having a gate, it degenerated into mere geometry, a line, an idea of boundary. But the idea was real. It was important. For seven generations there had been nothing in the world more important than that wall. Like all walls it was ambiguous, two-faced. What was inside it and what was outside it depended upon which side of it you were on.”